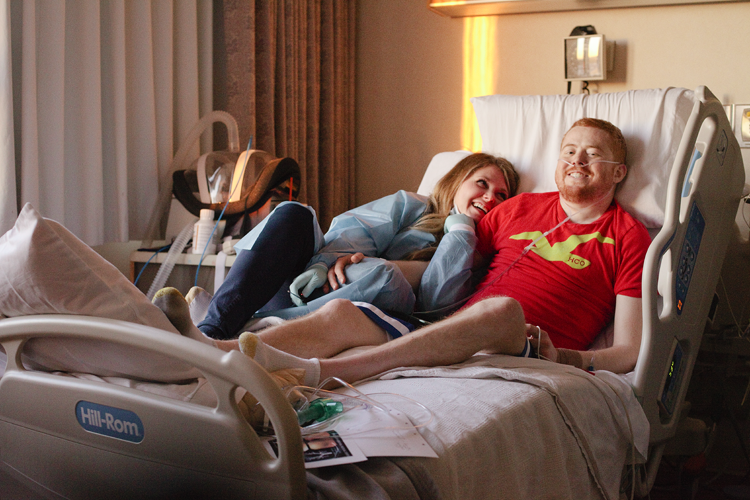 Cystic Fibrosis is a recessive, genetic disease—meaning both parents must be carriers to have a child with CF. CF affects the lungs and digestive tract, primarily. Cells in the lungs and digestive tract produce thick, sticky mucus that causes problems throughout the body, but especially in those areas. To help digestion, digestive enzymes must be taken with all food. To help the lungs, patients with CF must spend hours every day doing breathing treatments to try to keep their lungs clear enough to function and to battle against lung infection. When infections come, it means hospitalization for about two or more weeks to get antibiotics and extensive treatments to restore them back to health.

Over the years CF has taken its toll on Jason and his lungs—presenting unforeseen challenges such as hemoptysis. Hemoptysis is bleeding in the lungs caused by an imbalance of pressure between the heart and lungs. Blood is very corrosive when it gets where it shouldn’t be, and has caused significant damage to Jason's lungs over the last five years. The damage has been so great that he is now in need of a double lung transplant to survive.

Jason’s doctor is excited about his prognosis after the transplant. Because Jason is young and has taken such good care of his body throughout his life, his doctor expects a new pair of lungs to give Jason the opportunity for a bright, healthy future.